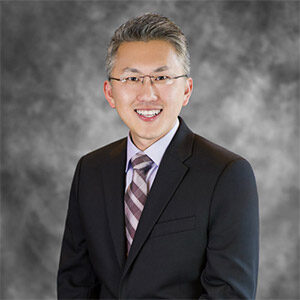 Dr. Frederick Liu majored in biology at Tufts University. He went on to Columbia University College of Dental Medicine where he earned a Doctor of Dental Surgery (DDS) and graduated at the top of his class. Dr. Liu then completed a six year residency program in Oral and Maxillofacial Surgery at the University of Pennsylvania, one of the nation’s most prestigious training programs for his specialty.

He received a Doctor of Medicine (MD) from the University of Pennsylvania School Of Medicine. After graduating, he completed two years of General Surgery with rotations at the Hospital of University of Pennsylvania and the Children’s Hospital of Philadelphia. This program included extended rotations in plastic and reconstructive surgery, craniofacial surgery, trauma surgery, and adult and pediatric anesthesia. During his training he won multiple awards for excellence in research and academia.

He is active in clinical research with time spent at the National Institute of Health and has numerous publications in peer reviewed journals including the Journal of Cranio-Maxillofacial Surgery, Dental Clinics of North America, and Journal of American Dental Association. Dr. Liu is also on staff and operates out of INOVA Fair Oaks hospital.

Dr. Liu was voted Top Dentist in Oral and Maxillofacial Surgery by Virginia Living Magazine, and he serves as one of the team oral surgeons for D.C. United, the Major League Soccer (MLS) team, and Washington Spirit, the National Women’s Soccer League (NWSL) team in Washington, D.C.

Dr. Liu currently resides in Fairfax, VA. In his free time, he enjoys fishing, hiking, tennis, traveling, and spending time with his family.

Dr. Liu and team were careful and caring with our 18-year-old son for successful extraction of 4 impacted wisdom teeth. The facility and medical equipment is everything you want and more. I highly recommend this practice.

10/10 recommend! I cracked my tooth a couple weeks ago and of course just kept putting off getting it fixed until it got infected and my dentist told me today I had to remove it. They got me in same day. Dr. Liu was amazing, the experience was painless and significantly faster than expected. Ayla his assistant takes the whole show. She is compassionate, knowledgeable, and goes out of her way to comfort you like a friend and seems to genuinely listen to her patients. Most importantly none of them made me feel dumb for the situation and gave constant reassurance. Will not go anywhere else!

Staff was friendly and very helpful. Dr. Liu was amazing... I was feeling great anxiety, but he instantly made me feel comfortable... assured me... his manner as well as his assistant's helped create positive energy.

Simply a dream experience - Dr. Liu was absolutely amazing. Double extraction seemed to take no more than 10 minutes from the time he set foot in the operating room. This included greeting, explanation, local anesthesia, and the procedure itself. Has to be one of the best in his profession.

From the moment I arrived, I was impressed by the professionalism of everyone I encountered, from the front desk to Dr. Liu. My compliments to all!