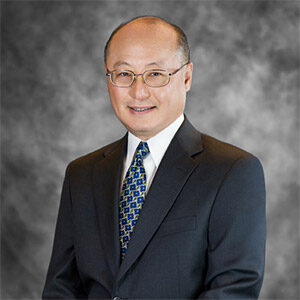 Dr. Park went on to receive his DMD in 1993 from the University of Pennsylvania, School of Dental Medicine, where he maintained top class rank for four consecutive years. He was also inducted as a member of Omicron Kappa Upsilon and Matthew Cryer Honor Societies.

In order to further broaden his education, Dr. Park pursued his MD at the University of Pittsburgh, School of Medicine, completing his training in Medicine & Surgery in 1998.

Dr. Park completed his residency in Oral and Maxillofacial Surgery at the University of Pittsburgh Medical Center Health System (UPMCHS) in 2000.

Dr. Jonathan Park is great at what he does. He's removed both of my wisdom teeth and each time I've appreciated the small incisions he made and the quickness of the procedures. His staff is so professional and helpful.

This was a pleasant surprise - I had a tooth extracted today, and I was quite anxious before the surgery. But Dr. Park and his team are first-rate and made the process go very well. Of special note, surgical assistant, Kristin, was very kind and gentle, and helped me through the process, talking me through what to expect and even comforting me during the surgery. She was really fabulous. Ashley was also a pleasure to deal, with a nice comforting personality, as were the rest of the staff - Destani, Paulina and Sabria. A surprisingly positive experience, especially when I think about how much I was not looking forward to having a tooth pulled. Five stars for Dr. Park and his whole team. Thank you.

I was concerned about effects of having 2 teeth pulled a couple weeks ago. Upon contacting the Reston office around 11am, they were able to get an appointment at 2:45pm. My experience in both facilities were very positive because of the professionalism and courtesy they displayed. Highly recommend Dr. Park. Thank you for making me feel important.

We have used Dr. Park for wisdom teeth removal and implants. I highly recommend him and the practice. Very competent and caring staff as well!